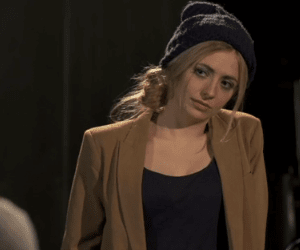 Realizing her open relationship isn’t working, Rebecca finds a new focus in the foreign world of theatre by producing the sophomore effort of lovelorn playwright, Juliet, forming a partnership that will put everyone’s drama on stage.

When Rebecca meets kindred spirit Juliet, a playwright struggling to get her sophomore effort produced, Rebecca’s tenuous and open relationship with her alluring yet distant actress girlfriend becomes clear. Rebecca finds a new focus and decides to leave her corporate life behind to produce Juliet’s new play. And although Juliet is looking to create some distance of her own from an openly gay actor who can’t walk away from her, Juliet’s new partnership with Rebecca is about to put everyone’s drama center stage.

Made in New York, Producing Juliet is the latest original series from award winning writer and director, Tina Cesa Ward, who brought us the critically acclaimed Anyone But Me and Good People in Love. The cast features award winning actress Rachael Hip-Flores alongside a raft of brand new young talent on the web. The production team includes producers Allison Vanore (Anyone But Me, Cost of Capital, SOLO: The Series) and Rochelle Dancel (B.J. Fletcher: Private Eye).