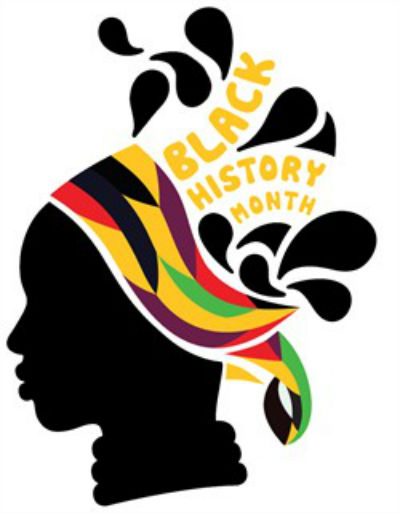 Black History Month (Feb) became a national annual observance in 1926. The goal of the month is to honor and celebrate the achievements of African-Americans.

Growing up on a small reservation is like growing up in a fishbowl.

It is a microcosm of all the good and bad we see around the world. When I tell people where I grew up, their first question or statement is ‘Well, Natives are more accepting of homosexuality, right?’. Wrong – at least on my reservation. We missed out on the whole celebration of the ‘two-spirited’ people. In some Western tribes, homosexuals are actually seen as shaman.

The words ‘gay’ or ‘lesbian’ were whispered when discussing someone who was suspect, lol. I would have to say the words ‘divorce’ and ‘single mom’ had the same tone. Native women have the ability to point with their lips when they are attempting to stealthily point someone out as well. Growing up in the culture that had been overtaken by well-meaning Christians, also had an impact on the general views on anything out of the ‘ordinary’. Like any other country, as our nation is a sovereign nation, there is a deep-seated way of life. It was like a Native Disney movie – you date someone briefly (preferably not in your clan as you could then be related, lol), get married, have kids…rinse, repeat. Mothers have the strongest influence in their children’s choice of a mate. My mother wanted me to marry an upstanding Christian man, from the right tribe, with a good family and with straight white teeth. I came very close and though she is not Christian, she is from a fine clan of Sicilians!

My society is strongly matriarchal. The clan mothers are the ones who basically choose the chiefs. The women are strong, multitalented, and stoic to a fault. They are the alphas. To me it was a natural thing to be attracted to another woman – strong, beautiful, nurturing, smart, savvy, artistic.

When I truly found myself, I left the rez. Well, I was kicked out of my home but it was because I was desperately attempting to find a culture where I fit in and was accepted. I became a member of the Punk Goth tribe. Though I found myself, I was actually also attempting to lose myself. I was not adhering to the Christian rules and regulations that were set for me. I had been the good daughter for years – straight A student , class president, pre-law. I think I realized I was trying so hard to be so good so perhaps they would overlook this one small thing about me.

They still struggle to this day. They missed out on a damned incredible full-blown Steampunk Lesbian wedding… and walking me down the aisle.

Little did I know, I was definitely not the first Lesbian in my family. One day as I was visiting my parents, while chatting with my mother, she gets up from the table abruptly. My father had left to go pick up something. She scrounges around the ‘bill drawer’ and pulled out two pieces of paper and slapped them down in front of me. They were not pieces of paper – they were photographs that made my jaw drop. One was a stunning photo of my grandfather’s sister and another woman. Both were in nice dresses and were very close together. The next one rendered me speechless and filled me with pride. It was my ancestor in full butch attire – looking so hot in a suit – with her lover on her lap in lingerie. As quickly as they had been scurried out of the drawer, they were tucked back in between the gas bill and the electric bill.

Every year, for the last 169 years, there has been a Chief’s picnic on my reservation. I avoided it for many years, tired of the whispers and lip-pointing, lol. I have been going the last few years and noticed a slight culture shift. It is a time to see friends and family, eat traditional food, hear traditional songs and see traditional dancing.

So, I went this year and as I pulled up and began to walk in, I felt like I was at Pride on the Rez. I saw so many young gay youth wandering around the grove. Later on, as I was sharing a fresh blackberry sundae with my sister, there were two girls making out. There were no whispers, there were no lips pointed. I stood there as a proud Lesbian, a proud PFLAGer, a proud Native woman and smiled from the inside out. That was my Pride this year ….new traditions and all !

If Dr. Carter Woodson, the Father of Black History, were alive today, he would be proud of the tenacity of the African American community. It speaks volumes about our survival here on this American soil, after centuries of slavery, decades of lynching and years of racial profiling.

However, for decades now, Black History Month has not broached the topic of the socio-political construction of white privilege.
There’s a reason why.

During Black History Month in 2009, Attorney General Eric Holder received scathing criticism for his speech on race. His critics said the tone and tenor of the speech was confrontational and accusatory.

“Though this nation has proudly thought of itself as an ethnic melting pot,” Holder said, “in things racial we have always been and continue to be, in too many ways, essentially a nation of cowards.”

Many communities of color contest that white people—straight or LGBTQ—show no real invested interest in engaging in this country’s needed  dialogue on race. While many whites have confessed their aversion to such a dialogue, stating that while a cultural defense of “white guilt” plays a role in their reticence, so too does their cultural fear of “black rage” for inadvertently saying the wrong thing. It’s a polemic that has been avoided because of the politics of political correctness as well as how any discussion on race, no matter who’s stirring the conversation—a rabid racist, the president or Attorney General Eric Holder—invariably inflame our emotions more that inform our faculties.

Ironically, or tragically, the aversion to a conversation about race not only continues to harm people of color, but it also harms whites as well. In her recent book “Waking Up White, and Finding Myself in the Story of Race” Cambridge author Debby Irving’s wrote the following:

“I can think of no bigger misstep in American history than the invention and perpetuation of the idea of white superiority. It allows white children to believe they are exceptional and entitled while allowing children of color to believe they are inferior and less deserving….Unless adults understand racism, they will, as I did, unknowingly teach it to their children.”

On one hand we have the dominate culture’s continued indelicate dance of white privilege and single-issue platforms which thwart coalition building with communities of color. On the other we have some people of color dismissing  the notion that white marginalized and struggling groups (white women, LGBTQ, the poor) may have something to offer communities of color in terms of advice and shared (not same) experiences.
Both hands are right. And both hands are wrong. The only way forward it to keep talking about race. But how do we make our way through the current tangle of misguided good intentions and valid suspicions?
My answer: past harms need to be redressed.
For example, the killing of unarmed black males has awakened the movement.  “Black Lives Matter” has taken to the streets.

Sadly, civil rights struggles in this country—black, women, and gay—have  primarily been understood and demonstrated as tribal and unconnected rather than intersectional and interdependent of each other. But that is a false assumption. When we look at how we moved forward on the issue of same-sex marriage, LGBTQ activists remember that an African-American woman named Mildred Loving set the precedent for marriage equality. Loving gained notoriety when the U.S. Supreme Court decided in her favor that anti-miscegenation laws are unconstitutional. Her crime was this country’s once racial and gender obsession—interracial marriage. Married to a white man, Loving and her husband were indicted by a Virginia grand jury in October 1958 for violating the state’s ‘Racial Integrity Act of 1924.’

For many years I taught a college-level course titled “Power and Privilege,” exploring how many of our stereotypes about people whom we perceive as being different invades our lives without much conscious deliberation on our part. Issues of race, gender, social class, sexual orientation, age and ability, among others, were considered, and how such distinctions often lead to an inequitable distribution of political power, social well-being, and the resources available to individual members of society.

On the syllabus I laid out the rules regarding classroom interaction:

1. We will address our colleagues in our classroom by name.
2. We will listen to one another—patiently, carefully—assuming that each one of us is always doing the best that s/he can.  We will speak thoughtfully. We will speak in the first person.
3. Although our disagreements may be vigorous, they will not be conducted in a win-lose manner. We will take care that all participants are given the opportunity to engage in the conversation.
4. We will own our assumptions, our conclusions, and their implications. We will be open to another’s intellectual growth and change.
5. We cannot be blamed for misinformation we have been taught and have absorbed from our U.S. society and culture, but we will be held responsible for repeating misinformation after we have learned otherwise.
6. We each have an obligation to actively combat stereotypes so that we can begin to eradicate the biases which prevent us from envisioning the well being of us all.

As we celebrate Black History Month, 2015, in what is clearly not the post-racial era many had hoped for, I wish as a nation we begin an honest talk about race.