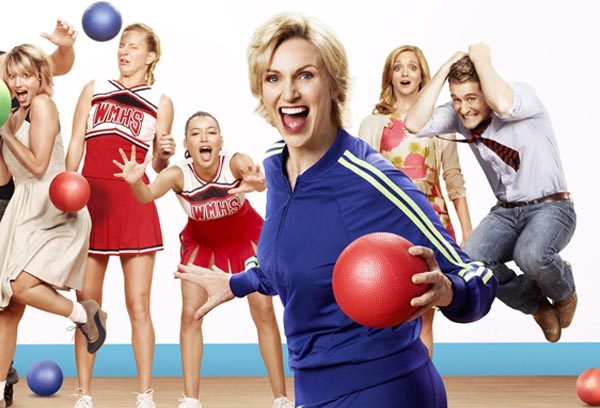 Bill O’Reilly claims that the Fox TV show “Glee” will turn kids gay, despite working for the same network.

On The O'Reilly Factor last week, Bill O'Reilly suggested that kids who watch the widely successful Fox series "Glee" will get more than just a few annoying songs in their heads.

According to O'Reilly and show guest Gretchen Carlson, "Glee" (and other gleefully gay TV comedies) are an advertising vehicle for the gay lifestyle, and children who watch the Tuesday night comedy will consequently turn gay because other kids tried it on TV.  Meanwhile, in Malaysia, a new government mandate has outlawed any TV program that contains gay or lesbian characters, including programs from the West—like "Glee." Are people really afraid that gay characters on TV will turn kids gay?

O'Reilly admitted that he, as a child who watched the cigarette-dangling-in-the-lips James Dean on TV, wanted a big one between his lips (a cigarette), and eventually started smoking. If James Dean could make Bill O'Reilly want to light up, could Kurt Hummel convince boys to sing incredibly sappy love songs to other boys, and in a falsetto voice, no less?

O'Reilly failed to mention the hundreds of tobacco company advertisements that would have bombarded him in his youth, or the fact that cigarette companies were targeting boys like him at every angle. And what about the sponsors of "Glee?" What are we really selling to the “kids” who watch "Glee?"  The concerned people over at the family watch-dog organization “Parents Television Council” perused every episode of "Glee" and wrote down each advertisement that aired from mid-February, 2012 through April, 2012. Final count: over 50 companies. Also worth noting—one of the sponsors of "Glee" is the Trevor Project, a hotline for gay teens contemplating suicide, but the PSA only aired during a few key episodes.

"Glee" may not turn you gay, but it will turn you into a consumer. Where's the outrage over that?

Even more interestingly, Bill O'Reilly works for the Fox News Network, the same network that owns Fox TV, which broadcasts "Glee." But Fox News is known for its symbiotic relationship with its grittier little brother, Fox. Irreverent and Fox-deprecating shows like The Simpson's and Family Guy come to mind, but it goes much deeper. Dozens of shows in the Fox lineup contain a gay character or gay themes, but "Glee" gets all the attention because it is “targeted” to children. When people think "Glee," they think high school and tweeny kids. But in reality, the average age of a "Glee" viewer, according to an "Entertainment Weekly" study, is 12 to 34 years old. For whatever reason, teens love "Glee" just as much as twenty- (and thirty-) something adults. And when O'Reilly angers LGBT viewers (who read the blogs the next day–let's face it, they're not watching Fox News), they share the outrage online the next day, only to tune in to "Glee" in protest, thereby continuing the symbiotic and cross-promotional Fox cycle.

Is "Glee," like its older sister "Smash" (on NBC), covertly introducing the world to the LGBT lifestyle by pairing it with camera-twirling singing and dancing montages? Or is a show that centers around gifted high school performers bound to include some (albeit forced and PSA-style) gay drama?

I guess I'll have to ask the millions of straight characters I grew up with on TV.

Leah Waldron is the senior writer at GayNow, a globally-recognized lesbian, gay, bisexual and transgender news site. As a freelance writer, Waldron has published thousands of travel, business, home and news articles for websites such as USA Today, The Houston Chronicle, The Sun-Sentinel, My College Road Trip, eHow, Local Entertainment Guide, Trails Travel and more.