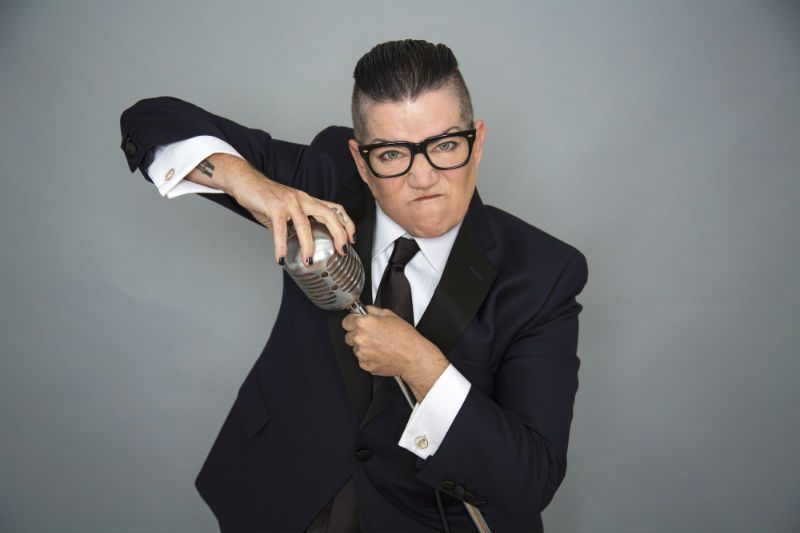 DeLaria was the first openly gay comic to break through the late-night talk-show barrier.

These days, Lea DeLaria is known as a triple-threat. The 57-year-old comedian is also an award-winning jazz singer and a seasoned actor. But back in the day, she was known for her brash, blunt and butch-filled stand-up comedy.

Late one evening in 1993, DeLaria was responsible for what many consider to be a watershed moment when she performed on The Arsenio Hall Show as the first gay comic to ever appear on a late night talk show. This was a huge step forward for LGBT visibility on television, considering it was the early nineties and even Ellen DeGeneres hadn’t come out yet. Later that same year, DeLaria went on to host Comedy Central’s first all-gay stand-up comedy special, Out There.

In addition to comedy, DeLaria has been performing as a jazz singer since she was younger. She often integrates music into her stand-up comedy routines, and has released a handful of critically acclaimed jazz albums including 2015’s, House of David. As far as acting goes, DeLaria became a popular character actor throughout the nineties and into the millennia, appearing on a variety of popular television shows including Friends, Matlock, Saved By The Bell and The Drew Carey Show. Her most memorable role in film was as an obsessed lesbian fan in The First Wives Club. But DeLaria is perhaps most beloved for her current award-winning role as Carrie “Big Boo” Black on the Netflix hit series, Orange Is The New Black.

The now world-famous role was originally written as a bit part, but the writers and produces of the show loved DeLaria’s portrayal of Big Boo so much that they expanded it. She is now a permanent fixture in a diverse and talented cast that has gone onto win back-to-back Actors Guild Awards for Outstanding Performance by an Ensemble Cast in a Comedy at a time when Hollywood is being criticized for its lack of diversity.

DeLaria has continually used her celebrity status to speak out against homophobia and discrimination. She considers herself “unapologetically butch” and is often quoted as saying, “I refuse to be invisible.” And because of her brave “visibility” on that fateful late night show twenty-three years ago, LGBT comics were finally embraced and given the opportunity to be taken seriously.

For fans and music lovers, DeLaria will be performing on April 9, 2016 at the New Jersey Performing Arts Center where she will sing jazz classics, and share the music of David Bowie as featured on her 2015 Bowie cover album, House of David. There will be two performances: 6:00 pm and 8:30 pm. Tickets start at $50 and are available here