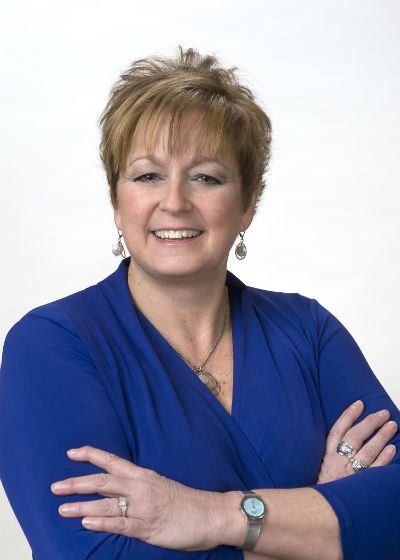 An excerpt from author Susan E. Gilmore’s The Peace Seeker: One Woman’s Battle in the Church’s War on Homosexuality.

Softball did not make me a lesbian. But softball did bring together the qualities of strength and power in the sensuous heat of the summer, attracting me to the sport and increasing my awareness of having a different sexual orientation than my peers. Of course, not all women who play softball bat from the other side of the plate, but there are plenty of us.

My father started teaching me how to throw a softball when I was seven. An influential coach in our township leagues, he had started coaching years earlier with my brother’s team. The passion he had toward the sport was infectious, and practice was a nightly ritual when the weather permitted. His drills were tough, not designed for a seven-year-old but more for someone aiming at playing in a major league. A typical evening would include a lengthy practice of catch, followed by training in the proper technique of fielding dozens of grounders and pop flies. I remember crying when the ball careened off my chest or arm and my mom yelling at him to lighten up, which he did at least until the next night.

I started playing in a township league the summer before I entered third grade. Very uncharacteristically of my Baptist parents, my dad pulled a few strings and got me in under age. I spent my early years of softball moving from one position to another—pitcher, shortstop, and finally second base. Batting seemed to be my strength. With a couple of extra pounds and a lot of practice, I could be counted on turning things around when the score wasn’t in our favor. A softball can do damage, but to us the bumps and bruises were badges of courage. We could not possibly be playing hard enough, we figured, if a season went by without experiencing an incoming missile colliding with our leg or arm and imprinting its thread marks in a deep bruise. The girls who played routinely became the true athletes destined for high school teams. I was never the best player on my team, but all the practice paid off, encouraging me to keep playing year after year.

My dad might have introduced me to softball, but what kept me playing was the power, grace, and glory of the game. There was something in the dirt on a hot summer night; the way it got in your nose, your throat; the way it coated your fingers, your glove, your shoes; the way your glove felt, the sweat of it against your palm, the smell of the leather against your cheek; the fit of a new glove oiled and worked with your hands until it became a precise extension of your grasp; the feel of the power that pulsed through your arms as you gripped the bat and stared down the pitcher; the flexing of your forearms, the fine lines of your biceps as you taunted the field with the guessing game of where the ball might land; the power of the throw; the grace and fluid movement of the catch and tag; the force flowing through your body; the strength of your thighs as you propelled yourself around the bases. All of this led to the crescendo, the mad dash to glory.

I believe that most lesbians who play any sport would agree that there is a magical quality in the mingling of the senses and strength of our own bodies and the strength of our teammates that attracts us to sports. The appeal of mastering a skill and being able to not only play but win, proving the opposing team powerless, is at the heart of the attraction. Strong women bonded by playing powerfully together as a team is the major draw for lesbians engaged in sports. All these aspects, especially the draw of strength and power, fascinated me as I experienced newfound glory under the lights.

Susan E. Gilmore is a businesswoman, Christian church worker, and outspoken advocate for increased tolerance toward gay Christians who have been ostracized from their family of faith. She is also an activist blazing paths to peace between the Christian church and Christian homosexuals to minimize inner conflicts for gay Christians and create greater understanding and compassion in the Christian community.  She lives outside Philadelphia. For more information, visit www.thepeaceseeker.com.

Excerpted and adapted from the forthcoming book The Peace Seeker (One Woman’s Battle in the Church’s War on Homosexuality) by Susan E. Gilmore.