Some kickass books for your kids (or yourself)!

Back in February, I wrote about an intersectional lesbian fairytale book that needed extra backers on Kickstarter in order to get published in time for Pride month.

Well, guess what ladies? You helped get this beautiful diverse book printed in June, so now lots of little kids can hear the story of a princess who falls in love with a female pirate and the adventures that they go on together.

When my copy arrived – a present for a friend’s daughter – it got me thinking about queer-inclusive children’s literature, which I never had as a child. I’ve said on multiple occasions that positive LGBTQ+ media representation is vital, especially for queer youth, because it increases your sense of belonging, your self-esteem, and your confidence in your identity.

This is especially true for those in our community who grow up in a place with few IRL positive portrayals of queer people.

These positive media portrayals have also helped cis-het children (and adults) to accept queer classmates, co-workers, friends and family members. After all, how can you be homophobic when your fave character is gay? That’s why I’ve rounded up five of the best children’s books featuring LGBTQ+ characters that you should buy for the child in your life or convince your local library to start stocking. 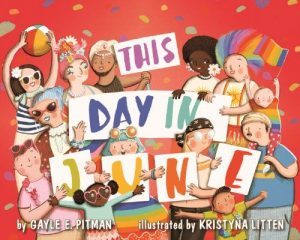 This Day in June by Gayle E. Pitman

What is the meaning of Pride? That’s a question that some queer adults will struggle to fully explain, especially to a child. Luckily, this book will go a long way toward helping children understand that Pride is both a celebration and a protest. The punchy rhyming scheme is interspersed with colorful drawings of marchers of all kinds holding up signs that read “Born This Way”, meaning that it will stick in the minds of child and adult alike long after reading.

Plus, it has a helpful guide at the back of the book to held aid parental discussions of gender and sexuality.

And Tango Makes Three by Justin Richardson and Peter Parnell

Based on the true story of two gay penguins at the Central Park Zoo, this book tells the story of how male penguins Roy and Silo were able to start their own family with the help of a friendly zookeeper who gives them a baby penguin to raise.

Did you know that anti-gay US Vice President Mike Pence is flogging a children’s book about his rabbit, Marlon Bundo? That seems like the kind of project a sitting politician of his rank should be concerning himself with, right? After all, nuclear war is generally the kind of thing that works itself out… Anyway, you’ll be glad to know that I’m not recommending that book.

Instead, I suggest you buy the book of the same name created by comedian John Oliver, who really wanted to troll Mike Pence. In this version, Marlon Bundo falls in love with another boy rabbit and they decide to get married, but an evil stinkbug tries to stop them from doing so. There’s even an audiobook featuring the voices Jim Parsons, Jesse Tyler Ferguson, Ellie Kemper, John Lithgow, and RuPaul. All proceeds will be donated to The Trevor Project and AIDS United. I Am Jazz by Jessica Herthel and Jazz Jennings

You might know Jazz Jennings from her reality TV show, I am Jazz, in which she documents her life as a trans teen in the US.

This picture book tells how Jazz always knew that she was a girl in a boy’s body and how her family accepted and loved her all the same. 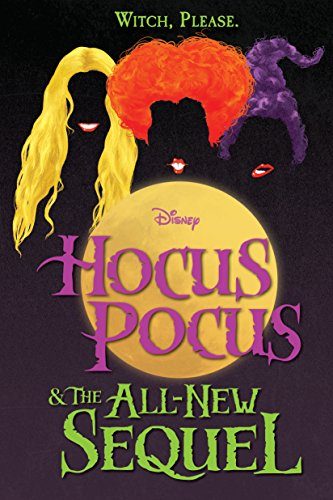 Hocus Pocus and the All-New Sequel by A.W. Jantha

If you grew up in the 1990s, then you probably remember the Disney Movie Hocus Pocus. It starred Bette Middler, Sarah Jessica Parker, and Kathy Najimy as three witches accidentally resurrected by a virgin (which I only mention because they mention it  A LOT in the film).

The movie has gained a cult following over the past 25 years, so Disney decided to celebrate its anniversary by releasing a novelization of the film and including a brand-new sequel, which features two queer female characters who fall in love and, again, bring the witches back to life.

Side note: Fans have long been clamoring for a movie sequel (and Middler joked that the only thing holding it up was that Disney was having trouble finding a virgin), so buying this book could well get us a queer Disney Channel Original Movie by next Halloween.