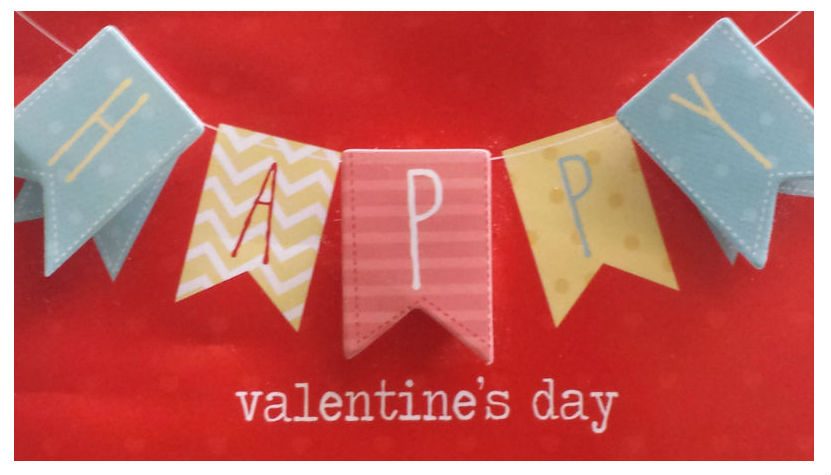 On Valentine’s Day last year, GF and I spent the evening lying around in a beautiful park, enjoying each other’s company but determinedly ignoring the significance of the day. We were newly reconnecting after a two and a half year break in communications following our rather hostile break up.

This year we decided to embrace the significance of Valentine’s Day and express our feelings in all of the celebration’s commercial and symbolic glory. After all, this was a new year, a new version of our relationship and a new all-in attitude to love, deserving of some new romantic traditions.

GF had never celebrated Valentine’s Day before and I was determined to make it as special and romantic for her as I could. So I made a plan. I would make her favourite hazelnut gelato and because she had recently discovered her love of receiving flowers, I would do the traditional V Day bunch. But no card. I have absolutely no aptitude for the writing of romantic sentiments in cards. GF enthusiastically agreed that she would be the organiser of events for the big day.

FRIDAY: The day before V Day. I woke up disoriented and exhausted from spending the early hours of the morning attempting to stop the cat from playing his new favourite game, chasing the French Bulldog puppy around the room. After several nauseatingly strong long blacks, I rallied and swung into action. Gelato ingredients bought, I dropped by a florist and saw the most GF perfect bunch of flowers: filled with her favourite yellow roses and featuring three perfectly opened orange lilies symbolising passionate love. Juggling my bags with my phone, I excitedly texted my best friend as I made my way back to the car. “Winning Valentine’s Day!” I texted. “Feeling slightly nauseous.” she responded. “Excuse me! Your flowers!!!!” interrupted a concerned passer-by.

Lying there on the hard cement, having fallen out of my shopping bag, were my GF perfect flowers.

“OH NOOO!” I cried, rescuing the bunch from the ground. My once fiery, passionate lilies were now drooping apathetically and turning a sad, bruised brown.

Determined not to cry in public, I jumped in the car and tried to keep my hysteria under control with some positive thinking. “You are a domestic goddess. Your gelato will be amazing. GF won’t even notice that you dropped the flowers.”

Another strong long black later I swung enthusiastically into action. I roasted the hazelnuts; I whipped the egg yolks, made the custard and placed it in the fridge to cool. Buoyed by how perfectly the gelato was turning out, I turned my attention to rearranging the flowers. Twenty minutes later and with one and a quarter lilies missing, my flowers were GF worthy again.

Enthusiastically singing along to the annoying Taylor Swift song stuck in my head, I prepared to place the custard in the ice-cream maker. I opened the fridge, took out the custard, stepped backwards and tripped over the puppy who was happily munching on GF’s discarded flowers.

Big, fat, sticky blobs of custard flew through the air, showering everything in their path.

Sticky custard ran freely down the fridge but puppy decided to first start snacking on the blobs sliding down my legs. “Oh nooo. Is he going to get diabetes???” My mind raced crazily and I could feel myself accelerating into a state of unrestrained hysteria.

Ok. Try and think. What would Nigella do?

New plan: GF would be here in an hour and a half. Clean the kitchen. Wipe the dog. Make another batch of gelato.

Kitchen sparkling again, puppy sulking from his encounter with the wet wipes, gelato four and a half hours behind schedule, GF walked in the door. “Mmm you’re sexy when you’re in the kitchen,” she murmured as she enveloped me from behind. “Come on. I’m taking you out for dinner.”

At  the restaurant, GF laughed as she watched me fight valiantly with my chopsticks, determined to acquire this skill and finally eat some food. Exhausted, I picked up the teapot to top up her cup of green tea. Unfortunately I let go of the lid and it slid off the pot. I watched heplessly as the lid crashed into GF’s cup before flying dramatically off the table and under a sideboard.

Including all over GF’s favourite G-star shorts.

After the waitress mopped the table, the chair and offered to apply napkins to GF’s soaking wet crotch, GF reclaimed her seat but not her composure. We laughed hysterically for a few minutes before we were finally calm enough to speak. “I find your clumsiness adorable.” she said softly, eyes filled with emotion. “God I hope so…” I thought to myself nervously.

Later that night as we sat on the sofa eating the gelato (it was a smash hit!) I decided to be brave and tell GF all about my day. She laughed until tears ran down her cheeks, got up and went to her bag, came back and placed a jewelry box in my hand. “I love you. I couldn’t wait till tomorrow to give you this,” she said earnestly. I opened the box. Inside was a white gold, gold and diamond pendant so beautiful it took my breath away. I gave GF her flowers. “I love them,” she said, kissing me passionately. “And I love this. This new version of us.”

Sitting on the sofa listening to puppy snore enthusiastically, GF looked as happy as I felt inside.