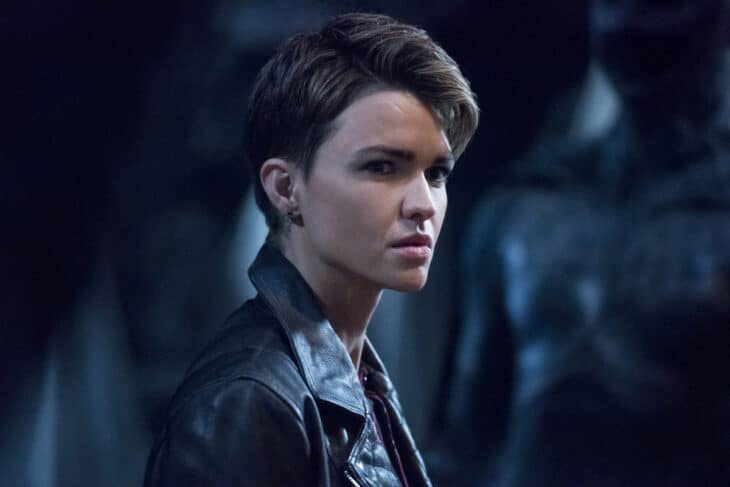 I’m just going to come right out and day this: Shame on Greg Berlanti and the CW!

Given the fragile state of LGTBQIA+ rights, killing off your lesbian protagonist is more than just bad optics, it’s a slap in the face.

There is more than one way to write a character out of a story. Why kill her off? Everyone knows killing off the main character is the ultimate writer’s revenge, so is this being done to deliberately “punish”, “scold” or otherwise embarrass Ruby Rose for her decision to leave a role that was virtually written for her. To be completely fair, I haven’t even seen the show, but I have to admit my poor little lesbian soul cringed hearing how this rising lesbian model has broken through to mainstream stardom and she’s just quit—! *record cuts out*

“OMG HOW SELFISH OF HER!”

I understand these initial feelings of discomfort and shock, especially being an openly gay actress who left the mainstream industry due to lack of opportunities to portray openly gay women, and represent my community.  I get it.

But here’s the bottom line: we have no right to know Ruby’s reasons. Perhaps there is something she knows that we don’t, and she’s uncomfortable sharing them. Just because everything seems to be rosy on the outside doesn’t mean there might not be more teeming beneath the surface.

For my part, however, I still believe it is in extremely poor taste to kill Kate Kane off in order to bring in Ryan Wilder into the series. I hope this isn’t exactly as it reads, like an attack on the show or the network, or even the production team, as I’ve seen Greg Berlanti beacon of visibility for LGBTQ+ representation since I first got into some of his other Marvel shows a few years ago.

Does it serve the story, truly? She could just disappear, ya know, like the Waynes all love doing, with a particularly Gothy flair and a swish! If I’m the writer, I need to ask myself: “What will this say about Ruby Rose and all the effort she put into the heart and soul of the character she created? Does fairness and respect for the character and the actress matter to me?”

One thing is certain: If Greg Berlanti is even still directly involved with the process at this stage, he probably feels that killing the character off is necessary because whoever played her next would find fans constantly comparing that person with Rose. She does have quite a large fanbase (myself included)! It’s not up to me, but if I had a say, I would strongly recommend against killing her off.

It’s possible that Rose left because of the injury she sustained; maybe it shook her up a bit more than she first realised. We won’t ever know unless she delves more deeply. I’m also not a writer on the series, so all I can do is speculate as to the motives behind replacing Kate Kane by killing her.

The work of an action hero is definitely more physically demanding than modelling, generally speaking (although anyone who’s seen ANT or DragRace may differ, and they might be right haha), so maybe she’s found it’s not for her. There could be a million reasons!

She could “go missing” and then cameo later, living a whole other secret chill life somewhere in Fiji when Ryan comes looking for her for help, and then BAM! Kate decides to stay there and surf it up in Fiji instead of being Batwoman! So then Ryan says, “Screw the Waynes, their whole legacy is a scam and Batpeople are a sham!” at first!

But then, since Greg Berlanti is such a huge champion for visibility and wants to expand LGBTQIA+ representation, Ryan Wilder is most definitely going to be a Black MTF Trans pansexual who ends up fulling realising their nonbinary through Batwoman, right?

While it remains to be seen how Kate will actually exit, let us at least hope for whoever we see next to become the long-awaited, desperately needed LGBTQIA+ action star our media landscape desperately needs right now.