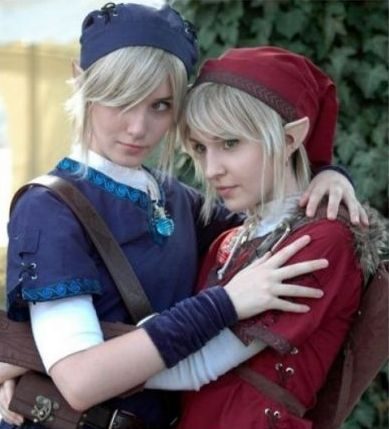 So, I went into my local EB Games store the other day. I was looking around for a game I was after, but apparently the manager had sold it to someone else just a half hour previously. Gahh!! So I just did my usual browse to see if anything else caught my eye. I looked at the merchandise and I saw they had one Adventure Time Pop! Figurine left, which was of Marceline. I had bought Lumpy Space Princess last week and I thought “oh geez… looks like I’m going to have to get the set now”.

So I headed to the cash register to buy Marceline, when the manager says “Oh Val, you’re not into THESE now are you?” with a grin. I put my head down and said with a sigh “yes…”

I know he wasn’t judging me (even though he judges me for loving the Sims and owning nearly every expansion pack), but it got me thinking about how some people, even within the gaming community, judge others based on what games they play.

I’m on Instagram (@valscissors, if you’re interested) and I follow quite a few gaming pages and other gamers. One day, someone I follow asked what others thought about this: If a person ONLY plays one game such as Call of Duty, and doesn’t play anything else, can they really be considered a “gamer”?

Since when does quantity have to do with status? I mean, can a lesbian who has only been with one girl truly be a lesbian? See how silly that sounds? Or, is someone really gay if they only own one season of The L Word?  I wrote back to this person and said “Of course they’re a gamer! They’re gaming, aren’t they?”

It’s like people who love Twilight. Other people who don’t like it throw things like “losers” and “twihards” at these guys, but the people who watch Twilight love it and enjoy it. They probably think people who watch Dr Who are “nerds” or “geeks”. People who are larpers (are there any in Australia? I’d love to know!) are called “weird” or “delusional”… But, it is something that brings enjoyment and happiness for some. I think that’s all it really comes down to, though. Happiness.

If something makes you happy, and you’re not hurting anyone, what harm can it cause? If someone likes a game that you’re not into, there’s no need to throw names at them or judge them based on a game they play. Now, I’m on a quest to complete my Adventure Time Pop! figurines because now I’m not going to be happy with just two out of five…..

P.S: If you’re an Xbox Live Gold member, you can download Assassin’s Creed II for FREE!! Just check it out in the store on XBL J