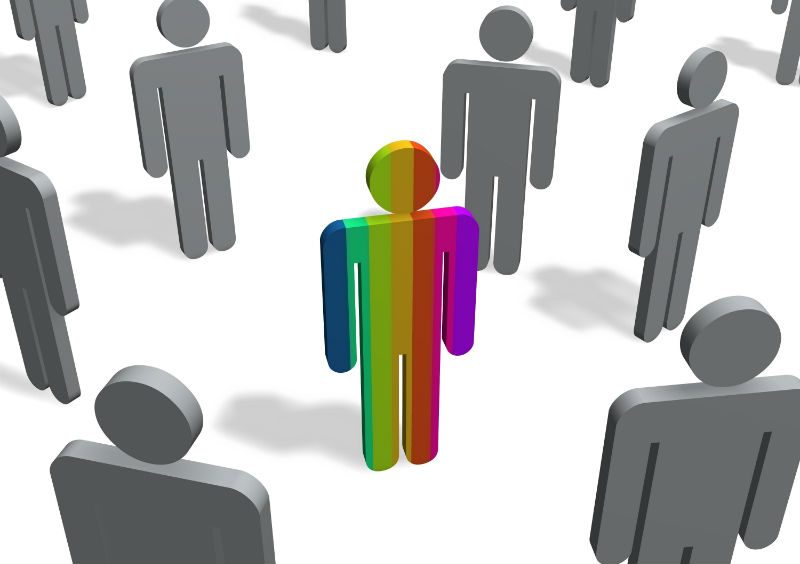 Stand up and be counted! The battle for LGBT equality has not yet been won.

With same sex marriage now legal in 37 US states, England and throughout much of Europe, the West has made the last few years count when it comes to equality. But with it, we’ve begun to witness a strange and unexpected phenomenon: The “Back Seat Gay”.

It appears that certain pockets of society have decided that since they now have access to the same rights as their neighbors, they can sit the hell down and enjoy them. So many of us are declaring “We don’t need labels” and refusing to acknowledge their sexuality openly or actively, murmuring something about fluidity and self-identification. Is this a political stance, a belief that we truly live in a world where we no longer need labels? Because, although optimistic, this is a slightly misguided take on the realities of a world still divided. Now I stand completely behind the sentiment of an un-labelled society… It stems from a genuine belief that we are all equal, which I couldn’t be more in support of. But we aren’t there yet.

I hear so often about how we don’t need labels, but we do.

Although I agree that we shouldn’t need them, it’s a truth self-evident that an army must wear its colors, and ours is that rainbow flag. When movements such as Race Equality, Women’s Rights and Religious Freedom were in full swing, do you think that members of those minorities could just hide on the side-lines? No. They had to roll up their sleeves and pitch in, and it made their collective voice louder. It made them stronger, together.

This is why we need labels. To stand up and be counted. We must declare ourselves, each and every one, as a member of the LGBT community so that future generations won’t need to. We must wear proudly our sexuality – declare it! Become bastions for the cause within our communities; be the example for the younger generations; inspire others to come out and join in! I’m not suggesting we blast out Lady Gaga and streak through our town centre’s singing “Born This Way”, covered head to toe in rainbow paint, but still… Be active. Be open. Be heard.

The issue with the current day gay is that we fought so hard for the battle to be won, and are so busy celebrating in a glittery frenzy, that we forget we’re in the middle of a war.

Activism shouldn’t be something engaged in reactively, but proactively. Don’t just attend that Pride parade – Plan one. Plan for the future; Plan for the downtrodden and the underprivileged. Because that’s what we are now, those of us within the West who are enjoying equal rights. We are privileged in the eyes of the men and women internationally who could only ever dream of accessing the rights that we do. Remember what it’s like to feel like you weren’t allowed to love who you wanted? This is still the dark reality for many. And we are their light.

It can be daunting to tackle the subject of homophobia within cultures we do not recognise. You hear of women in India being killed for their sexuality and soldiers shot for a slip of a hand. How can we make changes in these people’s lives when we know so little about their laws and customs? Religion and foreign governments can be a terrifying thing to comprehend. Sure, we’d like to help if we could, right, but isn’t it slightly out of our reach?

As a member of the LGBT team you are, by default, connected to the millions of others like yourself worldwide.

We are a kinship. A community. Shrugging our plaid-flannelled shoulders and wishing them the best is a huge middle finger to the work that those who have come before us started.

Do you think when the first Pride Parade took place that the organisers, those pioneers to whom we owe our freedom, meant only for us to enjoy this equality? LGBT activism must evolve and continue. We can’t afford to stay silent and hope that the rest of the world will fend for themselves.

So why do we need labels? Because otherwise, how will they know who they’re up against? We are a force to be reckoned with. We know that! It’s time to band together, throw on the war-paint and continue on. Being in the closet is no longer about choice. You cannot choose who you are, so if you are lucky enough to be in a society where it is legal for you to be open then damn right, you need to be. And yes, it takes a hell of a lot of bravery to stand up and put on that label, but it’s what our world needs right now.