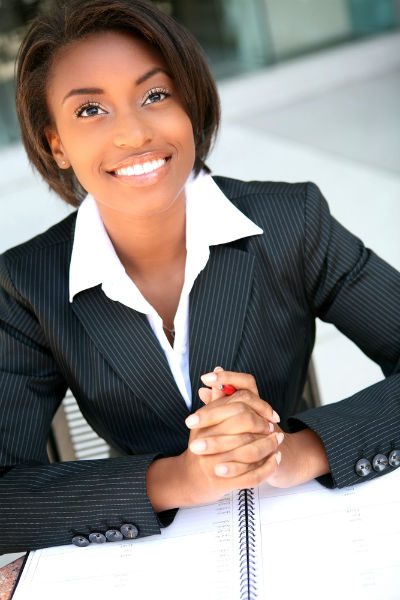 Throughout the last century, being gay has gone from being outlawed to accepted and it’s been quite the journey.

We’ve had to deal with a lot, and although the current-day-gay has a lot less discrimination to deal with, the spotlight is still very much upon us.

Have protocol and policies made it easier for the current-day-gay to get promoted?

In the past, our predecessors were used to hiding their sexuality in the workplace, scared it would hinder their income.

They worried that it may put them in a vulnerable position if their boss or colleagues didn’t agree with their lifestyle choice.
And the sad fact is, 9 times out of 10, they would have been right.

But are the tables turning? For any employed LGBT, we all know that moment on Day One where you have to choose which box to tick on the HR Equality Form. I mean, why do they care anyway? Well I asked the question, and apparently it’s an equality thing.

Larger companies and other organisations, especially Local Government and NHS staff in the UK, are prone to strict Non-Discrimination policies. For example, they must employ a certain quota of Disabled Adults. There’s a number of religious elements to it, say if you’re Muslim, you tick their “Minority” box and may find yourself advantaged. It seems that Gay is the new Black (Am I allowed to say that…?) and by admitting to loving ladies, you’ve put yourself in a strong position.

First, there’s choosing how to declare it.

Usually there are three options—Straight, Gay or “Other”… As though anything in between is just utter chaos and not suitable for consideration by the busy members of the HR Faculty. But which do you pick?

I don’t feel I want to tick any of these boxes. As a Bisexual (please don’t roll your eyes) I’ve experienced all sorts of reactions to my sexuality from “Isn’t that just greedy?” to “Have you just not made your mind up yet?” and I have the same answer to everyone. I choose the person.

There are three qualities I go for in a PERSON – Quirky, Funny and Impossibly Cool… Traits rarely found together in a man but a deadly mix if possessed by a woman. I’ve never gone for looks or money or whether we like the same music. I look for that connection. That’s not greedy or confused. In fact, I think it makes me a lot less shallow than straight men looking for that “Trophy Girl” or gay women who only date Gold Stars.

I see nothing but the person. And if I like that person, then f*ck what anyone else says… That lucky lad or lady can be prepared for my trademark form of seduction… Usually shy nodding, intermittent blushing and stuttering if they try to talk to me. Yeah, OK, so I have strong opinions when it comes to my right to be Bisexual. Doesn’t mean I’m any good at it. But there is one area where I have found being non-traditionally-orientated to my benefit.

Back to that HR Form… I always choose “Gay”, and there are a few reasons why… Personally I think “Other” is too vague and there should be two boxes: “LGBT” or “Non-Disclosed”… But also damn right I’m not ticking “Straight”. So I tend to mark myself down as Gay, and strangely, I found myself at an advantage when it came to climbing the corporate ladder.

After a year with a certain company, I found myself progressing, fast. Every internal promotion available and Boom… It was mine. Who gets first pick of holiday slots? Yours Truly. Do I fancy a week off for London Pride at short notice? Well you got it, lady, and have a luminous, fruity cocktail on us. My bosses and their invisible puppeteers seemed to want to do anything to keep me on board, and it didn’t take me long to figure out why.

It was because I’m gay.

To them, I was a mark on a chart that proved to any auditor that they were an Equal Equality Workplace, and thus my lady-loving tendencies put me top of the list for retention. I was going nowhere as far as they were concerned. But this got me thinking… Even though this may seem like a Golden Ticket, isn’t this as bad as “back then”, when my being Gay would have prevented me progressing?

OK, so I wasn’t complaining at first, but then I looked around at my colleagues. They were hard working people who had been with the company far longer than me and were equally as qualified for that promotion, not to mention infinitely more punctual. (I get ritually distracted online at bedtime stalking unattainable Instagram lesbians and so getting up at 7am can be an issue).

Surely they were getting annoyed with me mincing my way up the ladder, Rainbow Coloured Cape flowing freely behind me as they sat at their desks? Weren’t they as qualified as I was? Why was it always me who got preference? Well they’d started to notice, and a quick chat with them over coffee confirmed my worst fears. They didn’t hate the fact that I was gay… More power to me… What they resented was that I beat them to it at every opportunity just because I counted as a minority. And we all agreed, this wasn’t fair.

Now in order to test my theory, I decided to have a little fun with this. I was working for Local Government at the time in Events and was wholly unsuited to any other department. So I figured, to prove my point, I’d apply for every job on the internal vacancy list and see how far I got. And guess how that turned out?

Five interviews in one week.

That’s how. Before I knew it, I found myself sat in front of the very top professionals of the Government-Food-Chain, trying to keep a straight face as we all tried to pretend I wasn’t there because of my sexuality. These were jobs way out of my professional reach, far above my pay scale calling for a skill set that I could barely pronounce, yet there I was, wasting everyone’s time. And we all knew why.

But to them, it was protocol. The fact that the HR team had pushed through my application because of my sexuality seemed completely normal to them. As though my famous lesbian wrath would come raining down upon their heads if they didn’t offer me the opportunity. Wouldn’t I accuse them of discrimination? Shouldn’t I be treated with kid gloves, for fear of some sort of dyke-driven disciplinary matter?

Well I felt, that even though this may have been in my favour, this was as bad as before. OK, so being gay in the workplace is now acceptable, and we should be thrilled! But some companies may be taking this too far. We’re looking for equal rights, not special treatment! Don’t single us out because we’re gay. Personally, I want to get that promotion on my own merit, not because I like labia. But speaking to one of my lesbian friends within the UK NHS, where the same rules apply, she told me to pipe down and enjoy the perk.

So how do we feel about this factor of the LGBT movement suddenly swaying so severely to our advantage? Is it outrageous, or just karma evening out the score? I’m not sure if the scales will level out, but one thing is for certain. We want equality. Not special treatment, not “positive” discrimination. Just the freedom to be ourselves without our sexuality affecting anyone’s opinion of us, either personally or professionally. And if a company isn’t sure how to begin? Well start with adding more of those boxes.

Our choice, should we choose to declare it, should not be limited to “Gay”, “Straight” or “Other”. And while I’m not suggesting that every pocket of our community be listed, let’s at least add “LGBT” to the mix. It’s a good place to start.